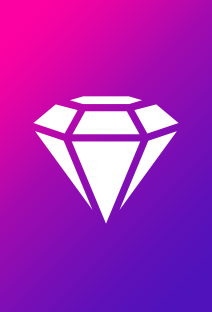 Identifying with or as a Reflection of the Real, is the same as Aligning to the Path of Darkness.

Everything that exists in the physical realm is the manifest appearance of some previous causality, it is all simply effects – hence illusory. The forms are all echoes in matter, from the focused thoughts, or creative sounds, of some order of Mind. Be that the creative thoughts of humans, or those of the Planetary Logos, for whom the earth is nothing more than their dense physical body.

The forms have the appearance of enduring reality, only while the causative agent is focused upon them. As this is withdrawn the form disintegrates.

Another way of seeing the physical is like an ocean of sand particles or iron filings, random and incoherent, but full of potential – the devic elementals that are dense matter. Then, when they encounter a cohering magnetic force, a creative focused mind-stream or sound, they align into a temporary form, which has coherence as long as the mind-stream or sound is present. Once these causative energies are withdrawn, the form will begin to disintegrate, lingering in proportion to how much power the creative cause imbued it with.

The Human Soul is the creative cause giving rise to our forms. These forms, our bodies, endure, as long as our Souls sustain their meditations upon them, which they do, for as long as the forms maintain usefulness to the Soul. Going deeper, the Human Soul is itself a temporary form created by the Monad (far above the Soul in vibration), even though the Soul appears immortal from the perspective of the incarnate human.

A Matter of Mind

The concrete mind is imbued with a reflection, a small portion, of similar creative force, like that of the Soul – afterall, it is mind, and mind is a creative principle. Therefore, as temporary incarnate Personalities, we have a degree of creative causative power, and this is what gives rise to the illusion of incarnate humans, being “real”. We forget we are reflections or tools of the Soul – such is the power of the Human Identity Entity, often called the “ego”. And this is how we mistake illusory temporary coherence for lasting Causative Reality.

The Darkness of an Inverted Identity

This paradigm is why focusing On or As Form or Matter, at the expense of Soul or Spirit, is ostensibly Black Magic – as we are inverting the flow of creation and assigning more causative agency to a “tool of the Soul”, than it, in reality, has. We are attributing an Effect the same or greater power as the Cause. The latter is Reality, the former is a Reflection of Reality. To worship (praise the power of) Illusion over Reality is the Heart of Darkness! It is the folly of the ignorant.

So yes, many in the world are, by definition, aligned to the Dark Path… mostly through ignorance of the Nature of Reality, but sometimes through intentional alignment. To venerate Illusion and deny the Reality of our being, we are actively ignoring Truth. And this is why there is so much evil behaviour still present in our world. This is the consequence of Identifying with Illusion!